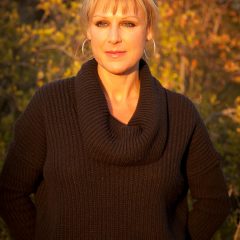 Amanda M. Thrasher was born in England, moved to Texas, and resides there still. She’s the award-winning author of YA, General Fiction, MG, Early Reader Chapter, and Picture books. Amanda is a multiple Gold Recipient of The Mom’s Choice Awards® (MCA), earning the award in multiple categories, including YA, General Fiction, and Early Reader Chapter Books. She is a two-time Gold Medal winner of the Readers’ Favorite International Book awards, a New Apple Literary Award winner, and an NTBF award winner. Amanda continues to write, speak, and conducts workshops for all ages. Here: News & Awards

The graphic novel titled What If … A Story of Shattered Lives was adapted into a reader’s theater for as few as five speakers or as many as twenty-six and remains part of the DRSR program.

CAPTAIN FIN was based on a screenplay by Kevin James O’Neill.  Amanda was contracted to adapt the screenplay into a novel for Kevin. Kevin is a director, actor, and producer. CAPTAIN FIN the novel won a Readers’ Favorite International Gold Book Award and was the Gold Recipient of The Mom’s Choice Awards®.

Amanda shares her writing and publishing experience with others through school visits, signings, trade conferences, and writing workshops.